Mr. Greene teaches International Securities Regulation as well as Issues on Global Regulatory Reform at Columbia Law School. He has also taught as Lecturer at Harvard Law School, Adjunct Professor of Law at the University of Pennsylvania Law School, and Adjunct Professor at the Georgetown University Law Center. While living and practicing law in Japan, he was appointed to the Nomura Chair of International Securities Regulation by the Law Faculty of the University of Tokyo in the 1989-1990 academic year.

Mr. Greene also continues to represent clients as Senior Counsel at Cleary Gottlieb Steen & Hamilton LLP, where his practice focuses on capital markets and corporate governance. He joined the firm in 1982 as Partner after leaving the United States Securities and Exchange Commission (where he served as General Counsel from 1981 through 1982 and Director of the Division of Corporate Finance from 1979 through 1981). During his tenure at the firm, he has practiced out of the firm's New York, Washington, London, and Tokyo offices. Mr. Greene was also Chairman of the Legal Advisory Board of the New York Stock Exchange from 1995 through 2001.

From 2004 to 2008, Mr. Greene served as General Counsel of Citigroup’s Institutional Clients Group. While with Citigroup, Mr. Greene oversaw all legal aspects relating to the group’s activities with issuers and investors worldwide, including investment banking, corporate lending, derivatives, sales and trading, and transaction services. He also served as the Chairman of the Institutional Clients Group Business Practices Committee. He returned to Cleary Gottlieb Steen & Hamilton LLP as Partner in 2009. 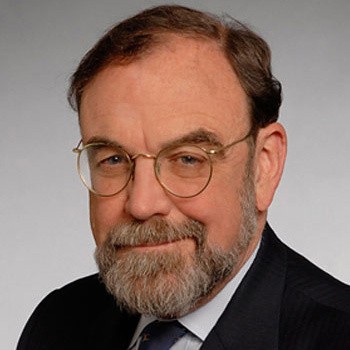 Adjunct Senior Research Scholar in the Faculty of Law; Lecturer in Law, School of Law